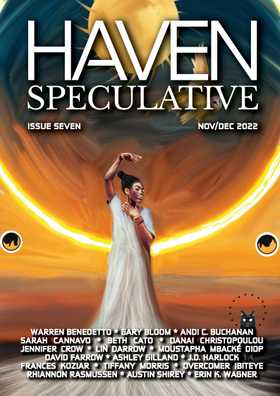 when the smog finally devoured the dying sun,
the creatures of the night
made a throne of the carnage
and a kingdom of the earth
whereby a tithe of blood was imposed on survivors
carefully culled and nurtured
to nourish the aristocracy
that neither grew nor diminished with the years

without them, they claimed,
man would shed far more blood than
what was needed to sustain this
law and order
in an uncompromising world
where what lies ahead is vague and uncertain

and so, our arms were relinquished
our words were self-censored
and life carried on
as we had grown accustomed to
with the years

J.D. Harlock is a Syrian Lebanese Palestinian writer and editor based in Beirut. In addition to his posts at Wasifiri, as an editor-at-large, and at Solarpunk Magazine, as a poetry editor, his writing has been featured in Strange Horizons, Star*Line, and the SFWA Blog. You can always find him on Twitter and Instagram posting updates on his latest projects.